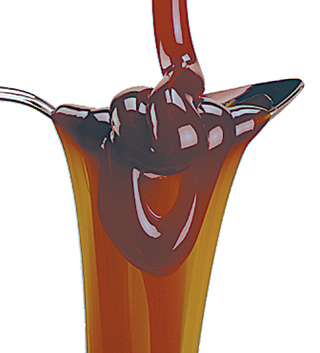 In stock, will ship on Monday, August 15

Our American Lager Extract is mashed with brewers corn flake adjunct, to allow the easy production of lighter corn adjunct beers. Corn adjunct is used in many commercial beers, including the largest selling imports and some top selling domestic beers.

American Lager is formulated with 70% two-row pilsner pale malt and 30% brewers corn flake adjunct, to give a noticeably lighter, crisper character without losing the barley flavor (many commercial beers are brewed with 40% adjunct). Golden in color, this extract is ideal for the brewer who wants a beer with a more refreshing and crisp character than attainable with pure barley malt, without the cidery effects of adding corn sugar or corn syrup. If you want to brew something less heavy for a change, or are looking for a new flavor, try our American Lager.

Approximate SRM color value of 6 pounds of extract dissolved into 5 gallons of water before boiling: 4

Good stuff. I have used this several time for American style lagers. Just add hops. I like the corn blend. It smells a little like popcorn when boiling. It's a staple around here.

Brewed a simple lager, there was a distinct extract twang to the flavor, I will not be using again

I have used this for a classic American lager with Budvar style yeast and after the cold aging, it was great. Light without loosing any body. A nice base for a highly hopped ale. Which I have also done with this extract.

Made six gallons. 8 lbs. Williams American Extract 1 lb. Extra Light DME. 75 minute boil 2 oz. Hallertauer Mittlefruh 60 minutes 1 oz. Hallertauer Mittlefruh 15 minutes Servomyces and Whirlfloc. 12 oz. WLP830 slurry from previous. OG: 1.054, FG: 1.020 ABV: 4.5 Beer dropped bright within ten days, force carbonated and put on line. Despite the high FG, the beer is neither sweet nor heavy. Tastes like a fine craft lager due to noble hops and a proper mix of dextrins. If you are looking for a lighter beer, you may wish to add a pound of sugar and skip the DME.

Pros: Used the American Lager extract to brew up an old style Sparkling Ale and as a base for a Flemish Red. Good flavor, and the corn adds just enough character.

Q: What is the expected amount of sugar from this extract? In other words what should I expect my SG to be per pound? Yield percentage? Trying to filling in my Beersmith profile. Thanks

A: 1 pound in 1 gallon of water will yield a specific gravity of around 1.034