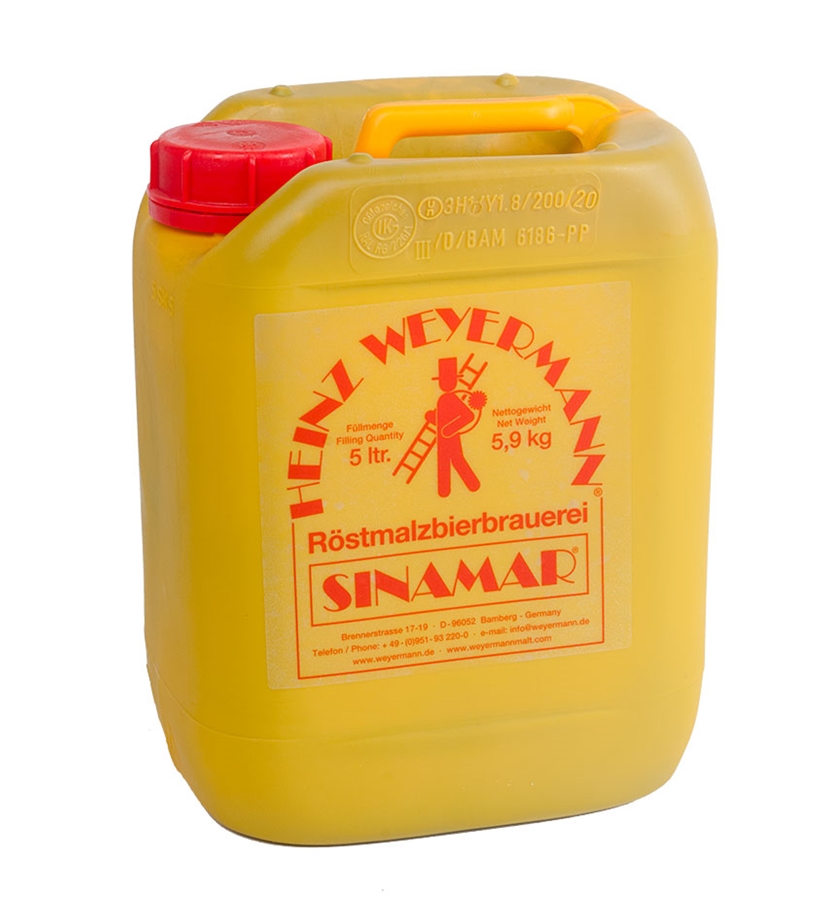 Sinamar® natural beer coloring was patented by the Weyermann Company in Germany in 1902, and is a gluten free natural mashed coloring derived from debittered Carafa Special 11 black malt. It will help you create a dark beer with very little roast character. It is used in breweries in 67 countries today, and used to darken Dunkelweizens, Schwarzbiers, Bockbiers, Dunkel Lagers, Altbiers, Stouts, Porters, Red Ales, Brown Ales, and even Scotch Ales. If you are a beer drinker with any experience, you have consumed a beer colored with Sinamar.

Sinamar is currently popular with craft brewers in the United States making dark IPA styles, as it imparts natural malt darkness without most of the roast and bitter dark malt flavor components. Use 1 fluid ounce in 5 gallons of wort (add while cooling at the end of the boil) to add 5 SRM of color. 5 SRM is the difference between a pale blond beer and a dark golden beer. To turn a pale golden beer dark brown or almost black, add 3 to 4 ounces of Sinamar to 5 gallons.

Also used to color clear distilled spirits when you want a bourbon or whiskey effect.

This 5 Liter Bottle should be refrigerated after opening.

You can be the first one to write a review.